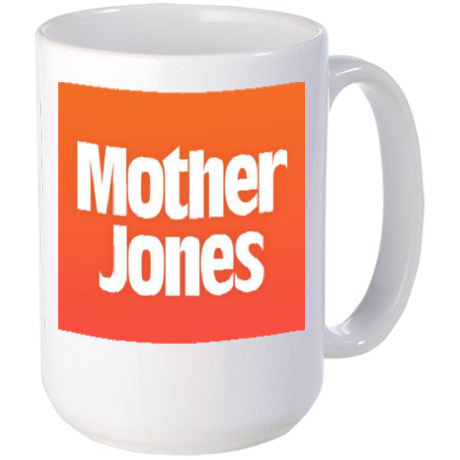 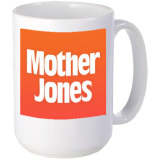 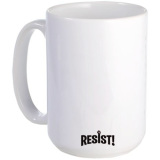 SKU:
Add to Cart
Mother Jones is an award-winning nonprofit news organization that publishes in-depth investigative reporting, game-changing breaking news, and innovative coverage across politics, the environment, health, human rights, culture, and more. Mother Jones has received numerous awards and accolades in its 37 year history, including several National Magazine Awards for General Excellence, and recently the George Polk Award for Political Reporting and the National Magazine Award for Video for David Corn's reporting of the "47 Percent" story that had a significant impact on the 2012 US Presidential election. As a nonprofit, reader-supported publication, Mother Jones asks the tough questions, tackles the important issues, and holds power accountable because our readers—to whom we're solely obligated—expect no less. See for yourself at motherjones.com.
About Our Mugs
15 oz. Brilliant White Ceramic Mug  * 4.5” High x 3.4” Diameter * White High Gloss Exterior Finish *
Comfortable “C” Curved Handle * Printed With Superior Sublimation Ink * Dishwasher and Microwave Safe

We Want You Happy
We want you to love your 3313 Gallery product. If you are not satisfied for any reason with the final product, you may return your purchase for a replacement or refund within 30 days of receipt. In case of breakage or other problems contact us at 651-233-3313 or e mail us at 3313@3313gallery.com  for a prompt resolution.
​
Delivery Charge: $8.50 for the first mug and $.50 for each additional mug in the same order. Delivery charge will be computed at check out.